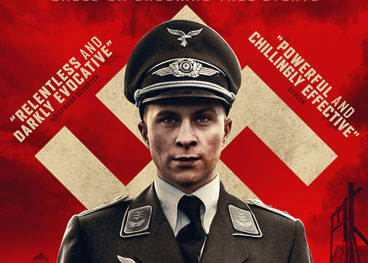 The Captain Movie | The Captain download | The Captain: In April 1945, during the final weeks of the war, Willi Herold, a young Wehrmacht soldier escapes the pursuit of a roving German commando who wishes to kill him for deserting. After his escape, Herold finds an abandoned car containing the uniform of a decorated Luftwaffe captain. Herold takes the uniform and assumes the role of captain, taking command of a number of troops as he moves through the German countryside under the guise that he is on a mission to assess morale behind the front, ordered by Hitler himself. Although initially promising the local populace a decrease in looting, Herold becomes increasingly despotic as more disparate troops join his command, titled Kampfgruppe Herold .These troops include Freytag, a kind, aging rifleman who is made Herold’s driver, and Kipinski, a sadistic drunk. Eventually, Kampfgruppe Herold find a German POW camp, and begin assuming control over operations there.

While in the camp, Herold orders the execution of dozens of prisoners (with Kipinski being the principal executioner), and becomes increasingly infatuated with his newfound power. Over the course of their stay, Freytag becomes suspicious of Herold, and realises that the Captain’s uniform does not belong to him after seeing a tailor shorten the pant-legs. Eventually, the camp is struck and destroyed by artillery fire, and Kampfgruppe Herold moves to a local town. While there, the group loots considerably from the local population, and sets up a makeshift command in a hotel. Under this command, Herold orders the execution of Kipinski. After a night of debauchery, the group hotel is stormed by troops from the Wehrmacht, and Herold is arrested. While in court, Herold claims that he acted only in the defense of the German people, and escapes out of a window before his sentencing. In the final scene, Herold is seen walking through a forest filled with skeletal remains, and the audience is informed that he and several of his accomplices were sentenced to death after the war by the Allied forces.