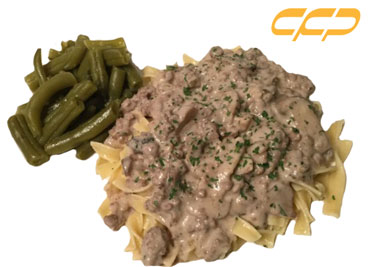 salt and black pepper to taste

Bring a large pot of water to a boil. Cook egg noodles in boiling water until done, about 8 minutes. Drain.

Meanwhile, prepare the sauce. In a large skillet, cook mushrooms and onions in 2 tablespoons of butter over medium heat until soft; remove from pan.