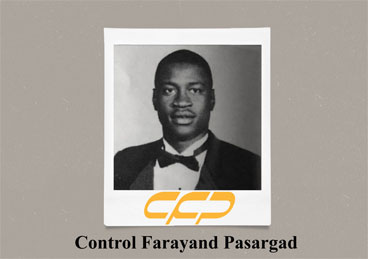 Derek Michael Chauvin, a 44-year-old white man, had been an officer in the Minneapolis Police Department since around 2001. Chauvin had 18 complaints on his official record, two of which ended in discipline from the department including official letters of reprimand. He had been involved in three police shootings, one of which was fatal. According to former club owner Maya Santamaria, Floyd and Chauvin both worked as security guards and had overlapping shifts at the Latin nightclub, El Nuevo Rodeo. She said Chauvin had worked there for 17 years and Floyd had worked at about a dozen events. She said it was not clear if they knew each other but that she did not believe so. Santamaria described Chauvin as using overly aggressive tactics in her club, which she had asked him to tone down.

Tou Thao, a Hmong-American officer, attended the police academy in 2009 and was hired to a full-time position with the Minneapolis police in 2012 after being laid off for two years. In 2017, Thao was a defendant in an excessive-use-of-force lawsuit that was settled out of court for $25,000. Two other officers present were identified as Thomas Lane and J. Alexander Kueng. Neither had prior complaints on their records.

occurred in Minneapolis on May 25, 2020, when Derek Chauvin, a white Minneapolis police officer, knelt on Floyd’s neck for 8 minutes and 46 seconds, with 2 minutes and 53 seconds of that occurring after Floyd was unresponsive, according to the criminal complaint filed against Chauvin. Floyd was handcuffed and lying face down on the road, while Chauvin had his knee on his neck. The three other arresting officers were identified as Thomas K. Lane, Tou Thao, and J. Alexander Kueng. Officer Kueng held Floyd’s back while Lane held his legs, and Thoa stood nearby and looked on. The four officers were fired the next day.