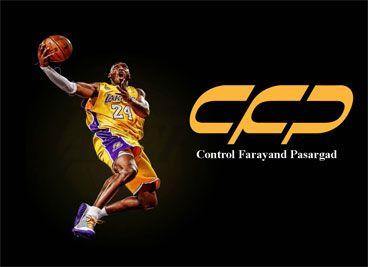 Kobe Bryant biography | Kobe Bryant: Kobe Bryant biography, Kobe Bryant was born on August 23rd, 1978 in Philadelphia. Kobe Bryant the youngest of three children and only son of former NBA player Joe Bryant and Pamela Cox Bryant. He was also the maternal  nephew of basketball player John “Chubby” Cox. His parents named him after the  famous beef of Kobe, Japan, which they saw on a restaurant menu. His middle name, Bean, was derived from his father’s nickname “Jellybean”. Bryant was raised Roman Catholic. When Bryant was six, his father retired from the NBA and moved his family to Rieti in Italy to continue playing professional basketball at a lower level. After two years they moved first to Reggio Calabria and then to Pistoia and Reggio Emilia. Kobe became accustomed to his new lifestyle and learned to speak fluent Italian. He was especially fond of Reggio Emilia, which he considered a loving place and where his best childhood memories were made.

Bryant started playing basketball when he was 3 years old, and the Lakers were his favorite team when he was growing up. Bryant’s grandfather would mail him videos of NBA games for Bryant to study. At an early age, he also learned to play soccer and his favorite team was A.C. Milan. While living in Reggio Emilia he began to play basketball in earnest. During summers, he would come back to the United States to play in a basketball summer league.

Bryant earned national recognition during a spectacular high school career at Lower Merion High School in Ardmore, located in the Philadelphia suburb of Lower Merion. He played on the varsity basketball team as a freshman. He became the first freshman in decades to start for Lower Merion’s varsity team, but the team finished with a 4–20 record. The following three years, the Aces compiled a 77–13 record, with Bryant playing all five positions. During his junior year, he averaged 31.1 points, 10.4 rebounds, and 5.2 assists and was named Pennsylvania Player of the Year while also earning a fourth-team Parade All-American nomination, attracting attention from college recruiters in the process. Duke, Michigan, North Carolina and Villanova were at the top of his list; however, when Kevin Garnett went in the first round of the 1995 NBA draft, he began considering going directly to the pros.

At Adidas ABCD Camp, Bryant earned the 1995 senior MVP award while playing alongside future NBA teammate Lamar Odom. While in high school, then 76ers coach John Lucas invited Bryant to work out and scrimmage with the team, where he played one-on-one with Jerry Stackhouse. In his senior year of high school, Bryant led the Aces to their first state championship in 53 years. During the run, he averaged 30.8 points, 12 rebounds, 6.5 assists, 4 steals, and 3.8 blocked shots in leading the Aces to a 31–3 record. Bryant ended his high school career as Southeastern Pennsylvania’s all-time leading scorer at 2,883 points, surpassing both Wilt Chamberlain and Lionel Simmons.
Bryant received several awards for his outstanding performance during his senior year at Lower Merion. The awards included being named Naismith High School Player of the Year, Gatorade Men’s National Basketball Player of the Year, a McDonald’s All-American, a first-team Parade All-American and a USA Today All-USA First Team player. Bryant’s varsity coach, Greg Downer, commented that he was “a complete player who dominates” and praised his work ethic, even as the team’s top player. In 1996, Bryant took R&B singer Brandy to his senior prom.[36] Ultimately, the 17-year-old Bryant made the decision to go directly into the NBA, becoming only the sixth player in NBA history to do so. Bryant’s news was met with a lot of publicity at a time when prep-to-pro NBA players were not very common (Garnett being the only exception in 20 years). His basketball skills and SAT score of 1080 would have ensured admission to any college he chose, but he did not officially visit any campuses. In 2012, Bryant was honored as one of the 35 Greatest McDonald’s All-Americans.