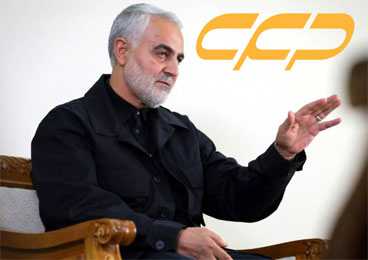 Qasem Soleimani biography | Qasem Soleimani: Qasem Soleimani biography, Qasem Soleimani was born on March 11, 1957. Qasem Soleimani began his military career in the beginning of the Iran–Iraq War of the 1980s, during which he commanded the 41st Division. He was later involved in extraterritorial operations, providing military assistance to anti-Saddam Shia and Kurdish groups in Iraq, and later Hezbollah in Lebanon and Hamas in the Palestinian territories. In 2012, Soleimani helped bolster the Syrian government, a key Iranian ally, during the Syrian Civil War, particularly in its operations against ISIS and its offshoots. Soleimani also assisted in the command of combined Iraqi government and Shia militia forces that advanced against the Islamic State of Iraq and the Levant (ISIL) in 2014–2015.

Qasem Soleimani was born in the village of Qanat-e Malek, Kerman Province, to an impoverished peasant family. In his youth, he moved to the city of Kerman and worked as a construction worker to help repay a debt his father owed. In 1975, he began working as a contractor for the Kerman Water Organization. When not at work, he spent his time lifting weights in local gyms and attending the sermons of a traveling preacher, Hojjat Kamyab, a protege of Ayatollah Khomeini.

Soleimani joined the Revolutionary war Guard (IRGC) in 1979 following the Iranian Revolution, which saw the Shah fall and Ayatollah Khomeini take power. Reportedly, his training was minimal, but he advanced rapidly. Early in his career as a guardsman, he was stationed in northwestern Iran, and participated in the suppression of a Kurdish separatist uprising in West Azerbaijan Province. On 22 September 1980, when Saddam Hussein launched an invasion of Iran, setting off the Iran–Iraq War (1980–1988), Soleimani joined the battlefield serving as the leader of a military company, consisting of men from Kerman whom he personally assembled and trained. He quickly earned a reputation for bravery, and rose through the ranks because of his role in the successful operations in retaking the lands Iraq had occupied, eventually becoming the commander of the 41st Sarallah Division while still in his 20s, participating in most major operations. He was mostly stationed at the southern front. He was seriously injured in Operation Tariq-ol-Qods. In a 1990 interview, he mentioned Operation Fath-ol-Mobin as “the best” operation he participated in and “very memorable”, due to its difficulties yet positive outcome. He was also engaged in leading and organizing irregular warfare missions deep inside Iraq carried out by the Ramadan Headquarters. It was at this point that Suleimani established relations with Kurdish Iraqi leaders and the Shia Badr Organization, both of which were opposed to Iraq’s Saddam Hussein.

On 17 July 1985, Soleimani opposed the IRGC leadership’s plan to deploy forces to two islands in western Arvandroud (Shatt al-Arab). After the war, during the 1990s, he was an IRGC commander in Kerman Province. In this region, which is relatively close to Afghanistan, Afghan-grown opium travels to Turkey and on to Europe. Soleimani’s military experience helped him earn a reputation as a successful fighter against drug trafficking. During the 1999 student revolt in Tehran, Soleimani was one of the IRGC officers who signed a letter to President Mohammad Khatami. The letter stated that if Khatami did not crush the student rebellion the military would, and might also launch a coup against Khatami.

War on ISIS in Iraq

Qasem Soleimani was in the Iraqi city of Amirli, to work with the Iraqi forces to push back militants from ISIL. According to the Los Angeles Times, which reported that Amerli was the first town to successfully withstand an ISIS invasion, it was secured thanks to “an unusual partnership of Iraqi and Kurdish soldiers, Iranian-backed Shiite militias and U.S. warplanes”. The US acted as a force multiplier for a number of Iranian-backed arm groups—at the same time that was present on the battlefield.

A senior Iraqi official told the BBC that when the city of Mosul fell, the rapid reaction of Iran, rather than American bombing, was what prevented a more widespread collapse. Qasem Soleimani also seems to have been instrumental in planning the operation to relieve Amirli in Saladin Governorate, where ISIL had laid siege to an important city. In fact the Quds force operatives under Soleimani’s command seem to have been deeply involved with not only the Iraqi army and Shi’ite militias but also the Kurdish in the battle of Amirli, not only providing liaisons for intelligence sharing but also the supply of arms and munitions in addition to “providing expertise”. In the operation to liberate Jurf Al Sakhar, he was reportedly “present on the battlefield”. Some Shia militia commanders described Soleimani as “fearless”—one pointing out that the Iranian general never wears a flak jacket, even on the front lines. Hadi al-Amiri, the former Iraqi minister of transportation and the head of the Badr Organization [an official Iraqi political party whose military wing is one of the largest armed forces in the country] highlighted the pivotal role of General Qasem Soleimani in defending Iraq’s Kurdistan Region against the ISIL terrorist group, maintaining that if it were not for Iran, Heidar al-Ebadi’s government would have been a government-in-exile right now and he added there would be no Iraq if Gen. Soleimani hadn’t helped us.