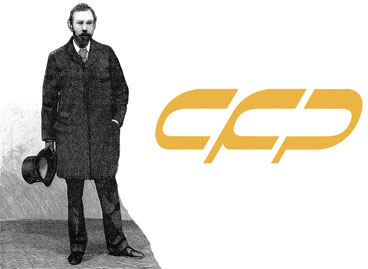 In 1881 Ramsay was married to Margaret Johnstone Marshall (née Buchanan), daughter of George Stevenson Buchanan. They had a daughter, Catherine Elizabeth (Elska) and a son, William George, who died at 40. In 1887 he succeeded Alexander Williamson as the chair of Chemistry at University College London (UCL). It was here at UCL that his most celebrated discoveries were made. As early as 1885–1890 he published several notable papers on the oxides of nitrogen, developing the skills that he needed for his subsequent work. On the evening of 19 April 1894 Ramsay attended a lecture given by Lord Rayleigh. Rayleigh had noticed a discrepancy between the density of nitrogen made by chemical synthesis and nitrogen isolated from the air by removal of the other known components. After a short conversation he and Ramsay decided to investigate this. In August Ramsay told Rayleigh he had isolated a new, heavy component of air, which did not appear to have any chemical reactivity. He named this inert gas “argon”, from the Greek word meaning “lazy”. In the following years, working with Morris Travers, he discovered neon, krypton, and xenon. He also isolated helium, which had only been observed in the spectrum of the sun, and had not previously found on earth. In 1910 he isolated and characterised radon.

During 1893–1902 Ramsay collaborated with Emily Aston, a British chemist, in experiments on mineral analysis and atomic weight determination. Their work included publications on the molecular surface energies of mixtures of non-associating liquids.

He was appointed a Knight Commander of the Order of the Bath (KCB) in the 1902 Coronation Honours list published on 26 June 1902, and invested as such by King Edward VII at Buckingham Palace on 24 October 1902. In 1904 Ramsay received the Nobel Prize in Chemistry. Ramsay’s standing among scientists led him to become an adviser to the Indian Institute of Science. He suggested Bangalore as the location for the institute.
Ramsay endorsed the Industrial and Engineering Trust Ltd., a company that claimed it could extract gold from seawater, in 1905. It bought property on the English coast to begin its secret process. The company never produced any gold. Ramsay was the president of the British Association in 1911–1912. Ramsay lived in  Hazlemere, Buckinghamshire, until his death. He died in High Wycombe, Buckinghamshire, on 23 July 1916 from nasal cancer at the age of 63 and was buried in Hazlemere parish church.