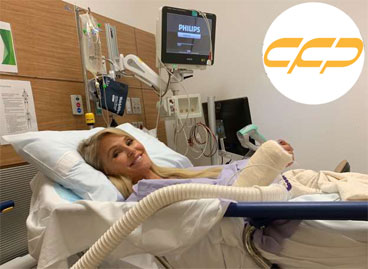 “My arm! My arm! My arm!” a grimacing Brinkley kept repeating, as Chmerkovskiy provided support. “I think I broke my arm, I swear to God.”

“Dancing With the Stars” began Monday with an unfortunate revelation – 65-year-old supermodel Christie Brinkley had broken her arm in rehearsals – but closed with a triumphant response, as daughter Sailor Brinkley-Cook turned in an impressive performance subbing for her mom.