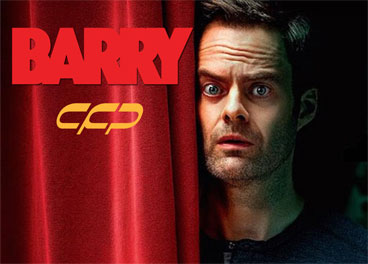 Barry Series | Barry download: Barry Series, Barry is an American dark comedy television series created by Alec Berg and Bill Hader that premiered on March 25, 2018, on HBO. It stars Hader as the eponymous lead character, a hitman from the Midwest who travels to Los Angeles to kill someone and then finds himself joining an acting class taught by Henry Winkler’s character.