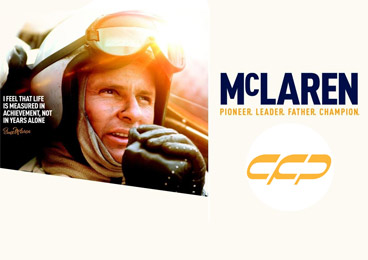 McLaren 2017 | McLaren: McLaren 2017, McLaren is a documentary directed by Roger Donaldson. The story of Bruce McLaren, the New Zealander who founded the McLaren Motor Racing team. A man who showed the world that a man of humble beginnings could take on the elite of motor racing and win.